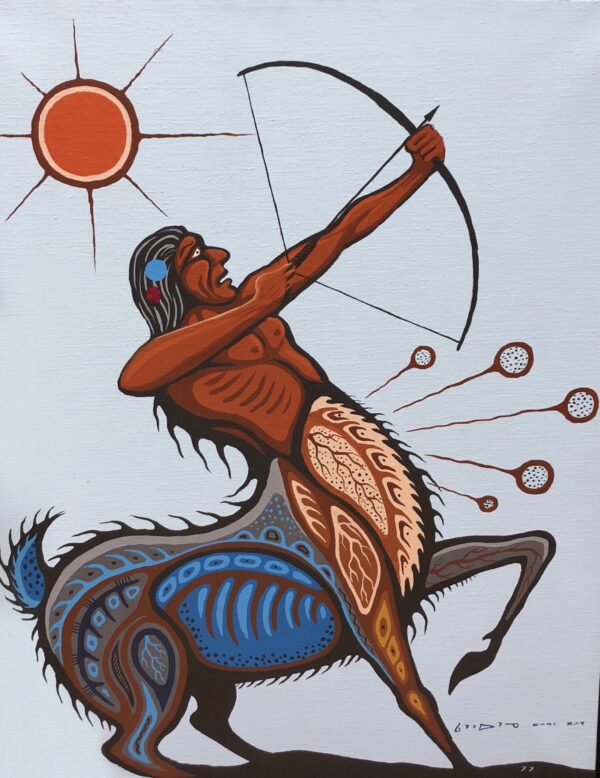 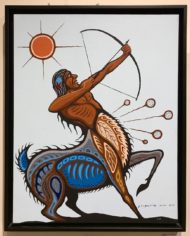 Carl Ray was a self-taught First Nations artist who was active on the Canadian art scene from 1969 until his death in 1978. Considered primarily a Woodlands Style artist. He was a founding member of the Indian Group of Seven. He began painting when he was 30 years old.