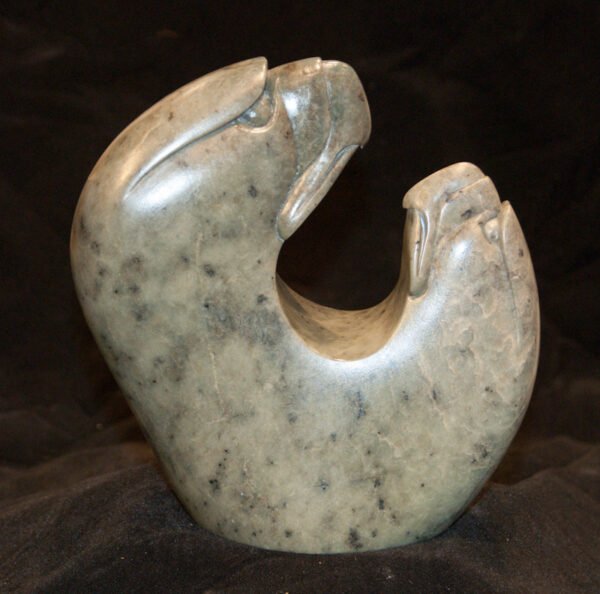 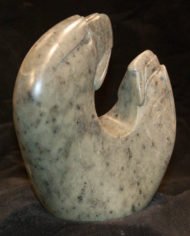 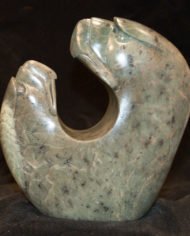 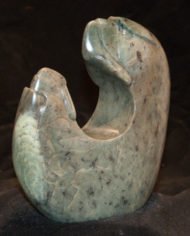 EagleSaid to be a messenger to the Creator the eagle is the protector of peace. Placed atop the Tree of Peace it alerts members of the confederacy if danger approaches.

The eagle is one of the most important beings in the art and mythology. It is respected for its intelligence and power, as well as its extraordinary vision. In many regions Eagle clan families are traditionally the most prominent, and Eagle Chiefs the most powerful. Eagles are usually noble characters. Eagle spirits are associated with lofty ideals and the pursuit of freedom.

Artist: Leroy Henry is a member of the Turtle Clan. He is a traditionalist which means that he is not a member of the band, observes the old teachings. He carves mainly in steatite (commonly referred to as soapstone) Leroy lives and works on the Six Nations Indian Reserve