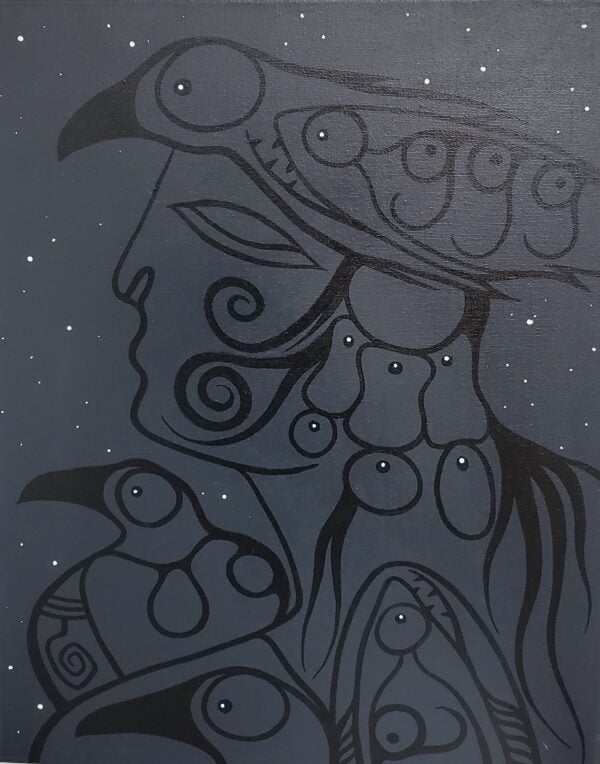 He paints wherever he is, filling his canvases with bright blocks of acrylic colours layered later with more subtle care. His style is strongly reminiscent of another aboriginal artist, Norval Morriseau, – one of his sources of inspiration.

Mark has a gift for depicting aspects of aboriginal culture and spirituality that extend beyond common stereotypes. His paintings usually include people and each figure is adorned with and surrounded by symbols that define who they are inside, as well as how they appear to the world. Both are important to Mark.

Although Mark’s early works often depicted solitary men (usually Mark himself or one of his brothers), his latest works are breathtakingly beautiful images of couples, of mothers and children, and of families.

Born to both Bird Clan and Fish Clan, birds and fish feature prominently in many of his paintings. The birds, often ravens, sit silent and bear witness or carry messages to the figures that live within his works.