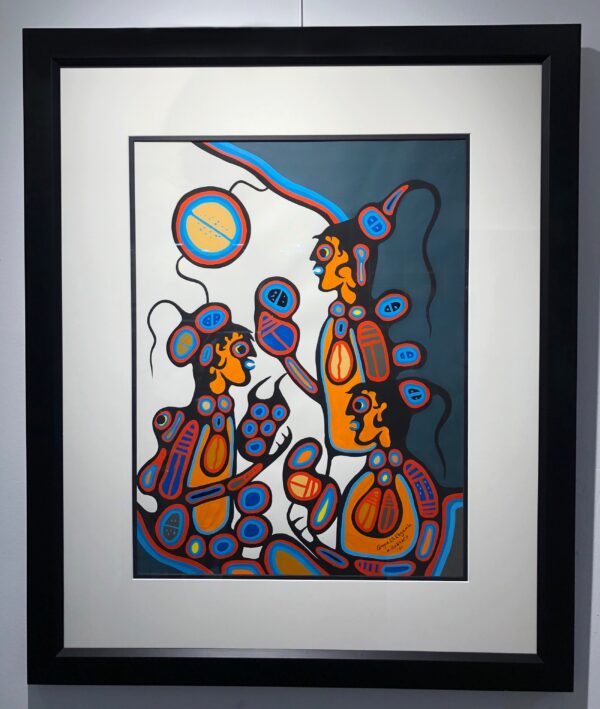 Goyce Kakegamic was born in Sandy Lake, Ontario. Both Goyce and his brother Joshim were influenced by their brother-in-law Norval Morrisseau and Cree artist, Carl Ray. Both self-taught, they began painting in their teens and by the early seventies became recognized as professional artists in their own right. Both artists literally exploded onto the contemporary art scene, impacting it, and their own communities.