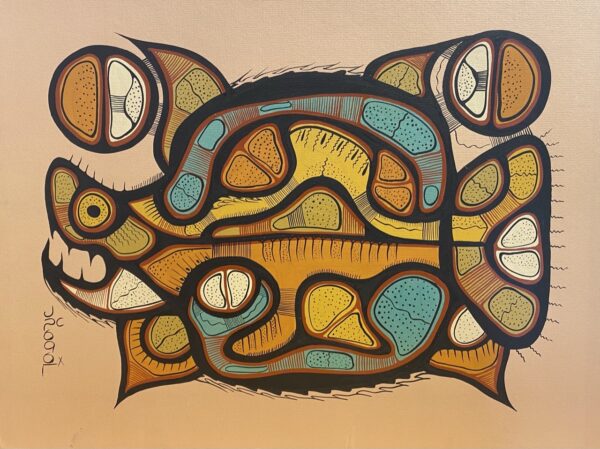 As a young artist, Joshim Kakegamic (1952-1993) was very much influenced by his brother-in-law, Norval Morrisseau and fellow Cree artist, Carl Ray. He even joined Carl and Norval on a series of workshops in schools across the province. Not long after he became a full time artist and his first group showing was in North Bay in 1971. During the 1970’s and 80’s Josh had many exhibitions throughout Canada and even took part in group exhibitions in London, England and Lahr, Germany.