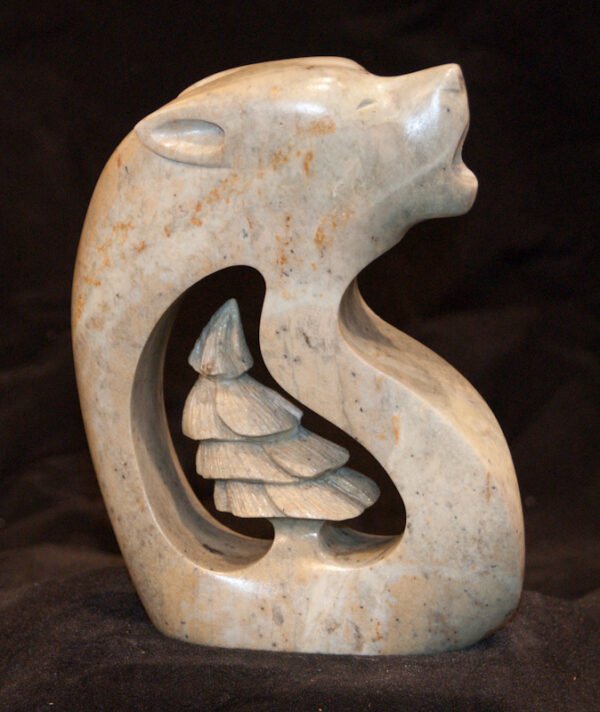 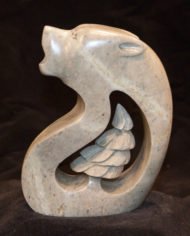 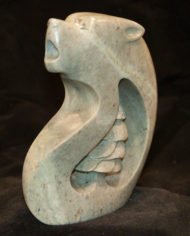 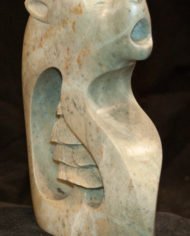 The white pine tree was the tree chosen by the Peacemaker as a symbol of the unity of the nations of the Haudenosaunee confederacy, initially five members now comprises of six member nations including the Onondaga, Cayuga, Mohawk, Oneida, Seneca, and Tuscarora. Its needles which always grow in clusters of five are symbolic of the uniting of the nations. The white pine also has broad branches that can provide shelter and it is beneath the tree that the Peacemaker asked the Chiefs to join him.

The wolf’s vocal range and communicative powers are impressive, and Iroquois traditionally believe in the potency and magic of speech and song. Wolf is loyal and travels with a pack and relies on each other for survival.